450 000 tons of finished newsprint produced annually, generating some 21,000m³ of wastewater a day shows the scale of what a paper mill in the North West has to manage. Along with this goes a long-standing commitment to environmental compliance which is closely monitored by the Environment Agency. The Environment Agency assess and regulate the wastewater quality being discharged to the receiving water body – a recognised SSSI site.

A shutdown for statutory maintenance of one of the mills meant a decrease of both wastewater flow and loading going to the effluent plant. This resulted in a consequent decrease of available foodsource for the biomass in the plant, causing an imbalance in the Food: Micro-organism (F:M) ratio.

The starved bacteria entered the endogenous phase, resulting in the release of decay compounds, including ammonia. Ammonia levels in the secondary effluent rose quickly to over 10mg/l, with the final discharge inevitably breaching the Environment Agency imposed consent limit.

A solution was urgently needed. Various ideas were tried without success. Finally Corgin were contacted.

Although steps had been taken to address the cause of the problem, the symptoms (i.e. high ammonia) nevertheless remained. Various events had seriously compounded the problem and the plant was in desperate need of a kick-start to nitrification. In order to achieve this, Corgin delivered ready-to-use, concentrated nitrifiers to the site the very next day, ready for dosing to the inlet of the aerated lagoon.

By the time this was underway, ammonia levels had reached an all time high of 17mg/l. The 9-day Nitrification Restart Programme started with intense dosing in the beginning, which then lessened towards the end.

By this stage it was patently obvious that the programme had been successful. The wastewater flow, which had temporarily bypassed the final lagoon, was now redirected through it. Within days, ammonia in this 125 000m3 lagoon was also reduced from a high of 14.6mg/l to well below the discharge consent limit.

In conclusion, an untenable situation was brought under control quickly and effectively with Corgin’s help. 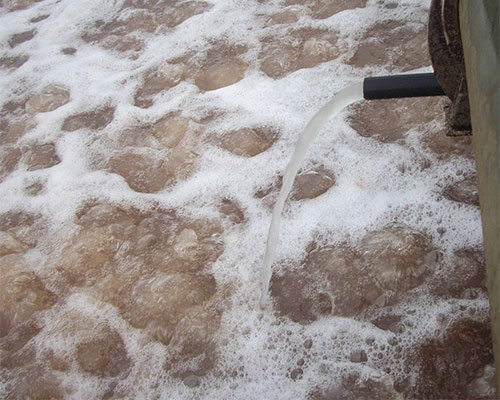 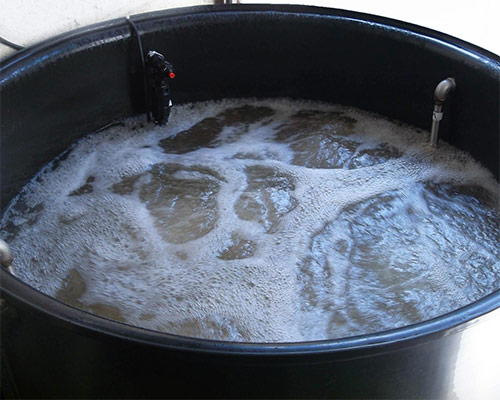