On Thursday 1st August, after a period of intense rainfall in Derbyshire, a section of the Toddbrook Reservoir dam wall started to weaken and part of the slipway collapsed.

The small town of Whaley Bridge is nestled beneath the dam and, with a sense of impending catastrophe, the decision was taken at about 2pm to evacuate the town. The wail of emergency service sirens accompanied a Morse code SOS message ringing on the church bells.

Suddenly, thousands of people were on the move... The police force evacuated around 1,500 people from Whaley Bridge giving them 15 minutes to collect their belongings and warning them to 'run if you hear 3 loud blasts on a horn'. The fire service set to, pumping millions of gallons of water from the reservoir to reduce the water level. And the RAF were called in to transport more than 450 tonne bags of aggregate by Chinook to shore up the dam.

The Rapid Relief Team (RRT), a global charitable organisation who support people in times of need, attended the site to provide meals for the emergency services and to help fill sandbags when required. They also worked around the clock preparing supper for those working during the night.

On Tuesday 6th August, Bonnie Hutchins from Corgin joined the Crewe RRT as a volunteer to provide breakfast, lunch and dinner for the emergency services personnel who were working on the dam. They provided hot meals for everyone, even taking some snack bags up the dam area for those who couldn’t come away from their work.

RRT also provided food for the RAF and those in the hills surrounding Whaley Bridge who were preparing the sandbags for the Chinook to transport to the dam.

Coincidentally, Corgin’s wastewater team had been booked in to install aeration equipment at a nearby sewage treatment works during the week commencing 5th August. Clearly, access to the works wasn’t going to be allowed given the high risk of the dam collapsing, so Corgin extended hire of temporary aeration equipment that was already installed on site to ensure that the environmental impact to the town and surrounding area was minimised in the event of flooding. 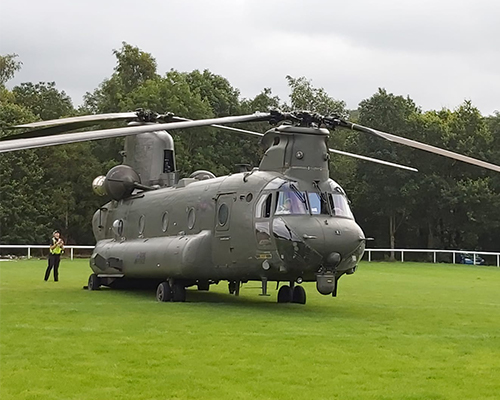 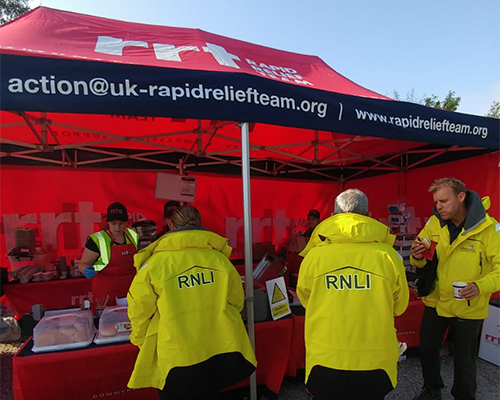 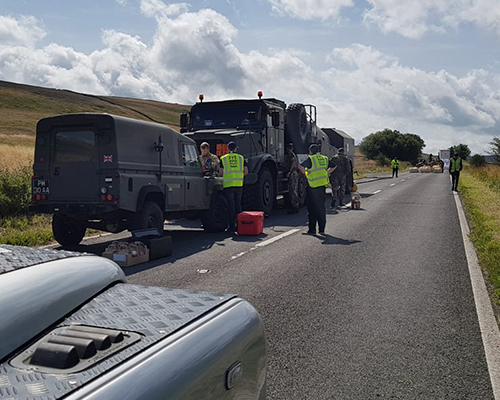 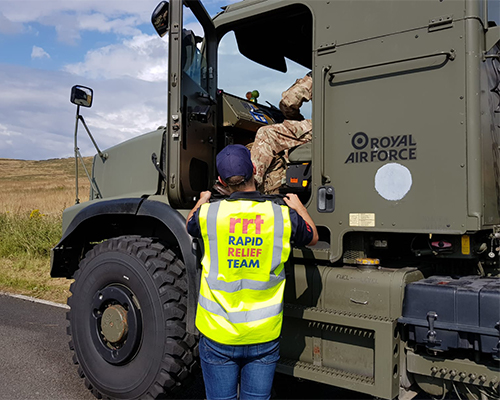