3 Hours from Order to Delivery

Friday 15th March was just like any other Friday morning for the Corgin Team, with the usual buzz of activity interspersed with chatter and laughter ahead of a well-deserved weekend.

To the untrained eye, it wouldn't be obvious that this team is like a well-oiled engine, totally prepared for the timeline of events that was about to occur.

08.18am – Peter (assumed name) from Müller Dairies sent an email to the Corgin sales team asking for a duplicate of his last order (24 x 25L NE200 Nitrifying Bio-Augmentation and 1 x 25L MNS Bio-Stimulant for Liquid Waste).

08.23am – Marissa Carvell, from the Customer Care team, phoned Peter to confirm the order and request a purchase order number.

08.27am - Marissa issued an instruction to the engineers in the warehouse who immediately started mixing the product ready for despatch.

09.07am – Marissa finished processing the order and sent an order confirmation to Peter.

10.26am - The engineers finished mixing and decanting the product into 25 litre drums and started capping and labelling it ready for despatch.

11.04am – Shortly after our Warehouse Manager, David Phillips, left to make a same day delivery, Marissa sent the despatch confirmation to Peter to let him know his order was on the way.

11.45 – Just over 3 hours after Peter had placed his order the goods were delivered to site by David.

15.39 – A few hours later, Marissa received an email from Peter saying, "All received, thanks for the Haribos😊." 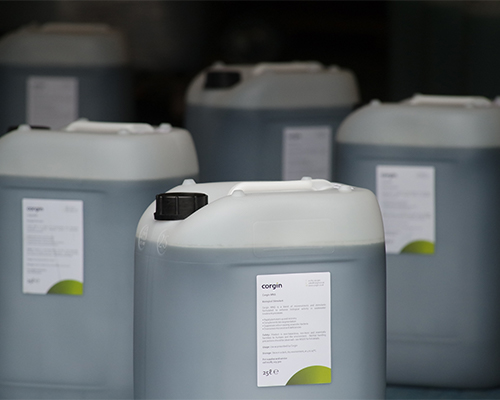