At the 11th hour on the 11th day of the 11th month in the year of 1918, the Great War ended.  Four years of battle and bloodshed, antagonism and annihilation, and destruction and death had taken their toll.  And what was the result?  Over 17 million lives lost and lands ravaged.

However busy we are, and whatever kind of lifestyle we lead, every one of us should just take a moment to think of the men and women who sacrificed their lives for our freedom, of those who suffered horrific injuries and sustained prolonged illnesses and of their loved ones back at home…who said goodbye…for the last time.

The Royal British Legion’s director of fundraising, Claire Rowcliffe, recently said: “We’re encouraging people to dig deep for this year’s Poppy Appeal to help us raise £43 million. The Legion’s work is entirely dependent on the public’s generous support – so please wear your poppy with pride, knowing that you are helping the armed forces community to live on.”

In remembrance and support of the British Legion, team members at Corgin bought poppies to support the great works that the charity do for the Royal Navy, British Army, Royal Air Force, Reservists, war veterans, and their families. 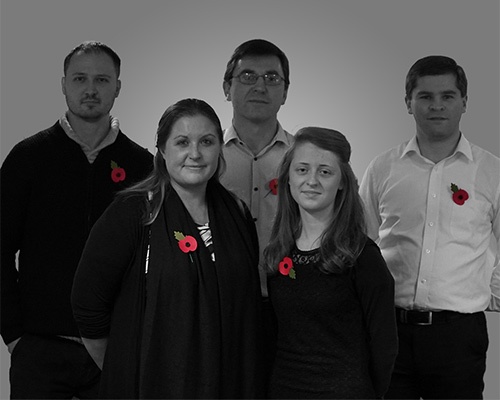