Perhaps more famous for being the world's longest word than it is for being a rare medical condition that has no known cure, pneumonoultramicroscopicsilicovolcanoconiosis is actually a major cause for concern in the UK today.

So, before we start, how do you pronounce pneumonoultramicroscopicsilicovolcanoconiosis?

Alternatively, click on the audio clip below to to listen to it being said.

noun   |   A lung disease caused by the inhalation of very fine silicate or quartz dust, causing inflammation in the lungs. The sharp particles lacerate the lining of the lungs, causing the victim to leak air from their lungs while simultaneously bleeding into their lung cavity.

Due to the length of the word it is often abbreviated by language buffs to p45 (i.e. 45 characters). Pneumoconiosis is also a simplified medical description of the condition, and the UK public at large know it as black lung or silicosis. 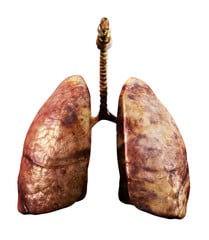 If we break the word down we can see what it means.


So what exactly is the relevance of all this to readers of this blog?

Well, silicosis (let’s stick with calling it that for now) is increasingly becoming a key health topic across many industries, as its occupational causes have become more apparent. Industries that are regarded as high-risk are those where exposure to RCS (respirable crystalline silica) are highest, such as: quarrying, mining, foundries, potteries, brick manufacturing and certain aspects of construction.

What does this disease do to its sufferers?

Silicosis is lung fibrosis, a condition involving hardening or scarring of the lung tissue and consequent loss of lung function. It has been proven to be a direct consequence of the inhalation of silica dust over long periods, the effect of which continues to develop long after exposure has stopped. The disease is progressive, irreversible and debilitating, often leading to premature death. Initial symptoms include severe shortness of breath, severe cough, appetite loss, fatigue, fever, chest pains and cyanosis (bluish skin). Sufferers are also proven to be at increased risk of other serious illnesses, such as lung cancer, tuberculosis, kidney disease, arthritis and heart failure. 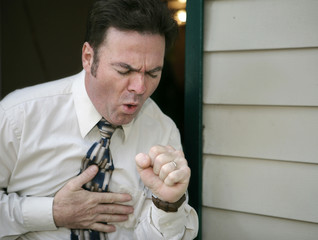 So what are the ‘high-risk’ industries doing about it?

Employers must comply with The Control of Substances Hazardous to Health Regulations 2002 (COSHH) (as amended). This includes the preparing and recording of risk assessments for any activity involving exposure to RCS, advising employees of these risks, and the introducing of control measures which must be effective in keeping exposure below the Workplace Exposure Limit (WEL) of 0.1 mg/m3 respirable dust, averaged over 8 hours. Control measures might initially include modification to processes to reduce the duration or frequency of emissions; the application of physical barriers, e.g. covers for conveyors or equipment; or the implementation of LEV (Local Exhaust Ventilation). However, there are some situations where dust suppression is simply the ‘Best Available Technique’ – often because the dust source is too general or varied in nature, or where a ‘last line of defence’ is required to complement other existing control measures. This is where Corgin’s experience comes in: we have already assisted many clients in the industry sectors mentioned above with robust dust suppression solutions, and these have been proven to significantly reduce levels of airborne dust. We would be more than happy to do the same if this is an area of potential concern in your business.

So if you had difficulties with articulating the word at the start of this article, this pales into insignificance alongside the difficulties that are inevitably caused by the disease itself. Our simple objective is to catch your attention and help raise awareness to the dangers of silica exposure, so that future generations are safeguarded from its devastating impacts.